On Friday we got  from Los Angeles to Mexico City only took three hours. The capital of Mexico has more than eight million inhabitants and lies 2.200 m above sea level in a former dried up lake. That was about everything I knew about Mexico City until now. But I also knew that wonderful people who have opened their hearts wide up for the angels and their wonderful spiritual tools live here. Foremost Tania Cortés, who disseminates my work not only here in Mexico but also in the South American area. She has also organized my lecture as well as my first two seminars. Tania is my main Mexican cooperation partner and a very nice person … and I have the feeling of having known her forever.

When Gerd and I arrived at the airport at midday, we were cordially received by Mara Pacheco, her mother and her friend Elena and conveyed to our hotel after an hour’s drive through the Friday afternoon traffic. My lecture, which was attended by about 65 people, took place only a few streets away. Brenda, who had already studied German at school, put up a good show, because she had to translate what I was saying for two hours – including a live channeling. It was incredible what kind of vibrations dominated the room. I was allowed to channel Archangel Raphael and Mary Guadalupe, and all of us were deeply touched by their energies.

Mexicans are incredibly genial. I was hugged, squeezed, kissed and photographed numberless times today. We had a lot of fun together, and I am very glad to be here. And as chance would have it, I also met an old “soul friend” of mine. I met Luisa, who is half Dutchwoman and half Mexican, via Facebook and Gary Quinn from Los Angeles. From the beginning, we have been very close to each other, and we had a long and very rewarding conversation after the lecture.

Really looking forward what the next days will bring for us! 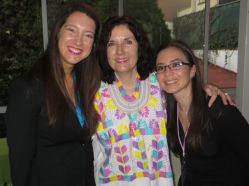 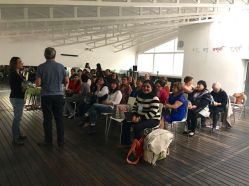 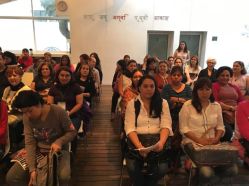