Philip Coppens, Kathleen McGowan’s unfortunately too early deceased husband, wrote a very impressive book on the small village in which Mary Magdalene has been worshipped for centuries: „The Cryptogram [1] of Rennes-le-Chateau“. The book tells the story of Bérenger Saunière, the former country curate who became extremely wealthy by unknown means in the middle of the 19th century, which enabled him to renovate the church which was dedicated to Mary Magdalene out of his own pocket and fashion it in an unusual way.

Already on entering the church one is staggered by the stoup, which is borne by a horned man. There are several depictions of Mary Magdalene in the interior of the building, for instance in a semi-relief on the altar, as statue or on the marvelous windows.

There are many photos in my Facebook album “The Expected One”, in which I have published many albums that accord well with text passages from the same-titled novel by Kathleen McGowan

[1] A cryptogram is an encrypted text. 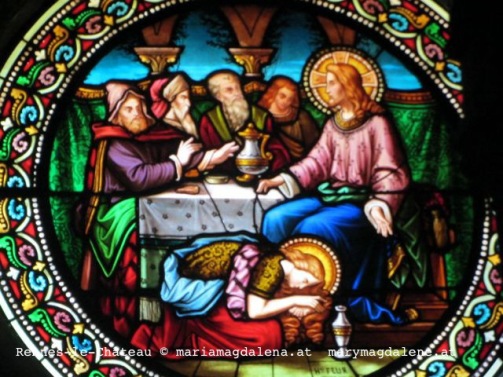 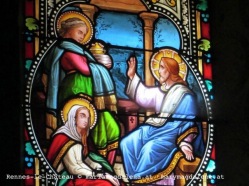 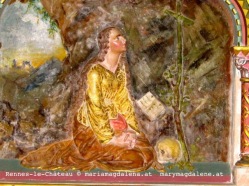