The castle town Carcassonne in the heartland of the Cathars is so tawdrily beautiful that it served Walt Disney as a model for the castle in his movie “Sleeping Beauty”. Plunging oneself into the throng of people within the castle walls one is taken back to the Middle Ages immediately. Then one is standing in a small town, which hides behind mighty battlements which have already given shelter and security to the Cathars.

Already in the Middle Ages this faith group, of whom it is said that they have the same origin as the Essenes, has been a thorn in the institutional Church’s flesh, since they refused unwaveringly to acknowledge Jesus as God’s son, but “merely” considered him to be a very enlightened human being. Also gender equality was one of their big concerns and, therefore, male as well as female itinerant preachers propagated the Word of God.

Also the inhabitants of Carcassonne had to make a heroic stand against the superior troops of the king of France and the Pope, nevertheless, the fortress was won in 1209. In the course of our spiritual journey 2014 we are going to have plenty of time to explore Carcassonne and to follow the tracks of the Cathars. 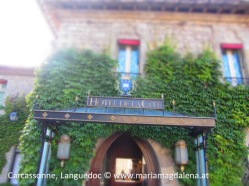 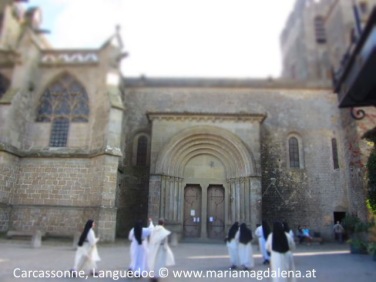