My stay in Provence is coming to an end and I want to use this opportunity to discuss a topic that is close to my heart: The dismissal of Mary Magdalene and her doctrines, which Jesus directly conveyed to her. Not only was she his wife, but she was also the first apostle. Jesus bestowed her with the duty to spread his work in what today is known as South-West Europe. She fulfilled that work with endless patience and love and was supported by numerous family members and friends who followed her to the South of France. A part of the group, under the leadership of Joseph of Arimathaea, moved further to England in order to spread the word there.

The Roman Catholic church in Rome was far from enthusiastic about those developments, because Jesus’ doctrines stated that each person has to find his/her own spiritual path and will find God within herself/himself. (One can reference the gospel of Mary Magdalene from the 5th century, whose content is being doubted by the Roman Catholic church.)

Mary Magdalene had a large following and her doctrines developed into the religion that sprung up in France (and at the same time in England). Mary Magdalene was recognized as Jesus’ wife and equal partner, which didn’t sit well with the Roman Catholic church to this day. Starting in the 12th/13th century, the Roman Catholic church tried to erase her doctrines and placed Mary in the position that was meant for Mary Magdalene. Because of that doing the knowledge of and about Mary Magdalene vanished over the next few centuries. Now, because of the big transformations that are taking place, the truth finally resurfaces. People feel Mary Magdalene’s energy and do not blindly believe what the church tells them.

We need both, Mary and Mary Magdalene, because both Ascended masters place important energies at our disposal: a motherly, feminine and guarding energy on one hand and a courageous, calming and free-spirit energy on the other hand. These two masters would never stand in opposition to one another. Humans have dictated their respective places in history. The time has come to think about the fact if those assignment positions are still appropriate or if we should look at the two Marias from a fresh perspective. The time has come! Their time has come! And our time has come!

PS: In a window in the Holy-Ghost-church in Aix-en-Provence, Mary is depicted in the center of the apostle-group, whereas Mary Magdalene is relegated to be a marginal figure at the edge of the window. This is interesting if one thinks about the fact that Mary Magdalene was the first apostle. However, at least she is depicted in some way in that glass window. You probably wouldn’t find her in churches in Central Europe. 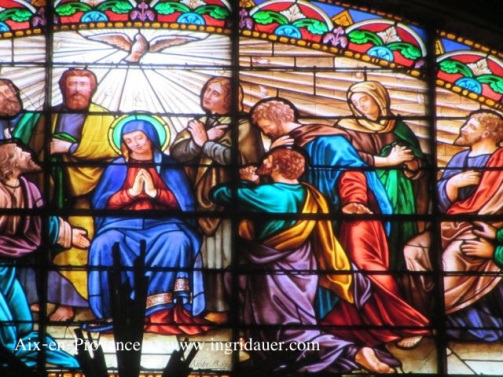 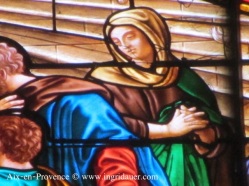 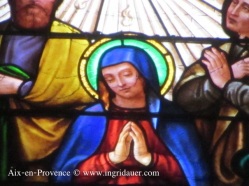 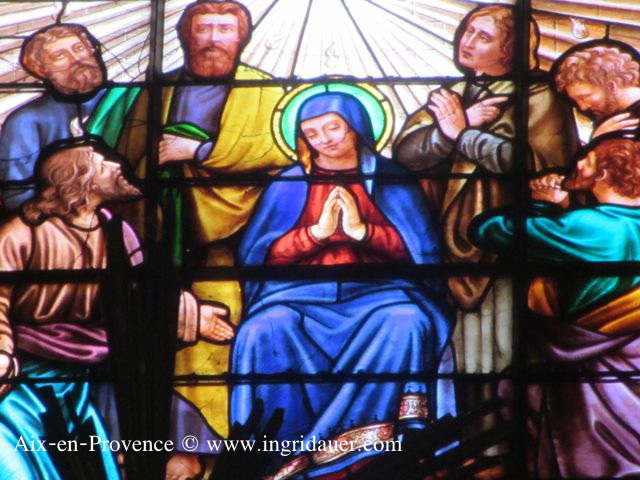