I know that Tiago is the name of the son of the opera singer Anna Netrebko. However, what I did not know: Tiago is the Spanish name for James. Thus, Santiago or San Tiago means Saint James.

Who was this saint? This question is forced upon oneself if – as have we for some days – one is on one’s way on the Way of St. James through Northern Spain.

Allegedly, James was the son of Mary Salome, who accompanied Mary Magdalene through Southern Spain. If her son James accompanied them as well, we probably will never know. He is supposed to have been tortured to death in Jerusalem in 44 AD, but he could have travelled with his mother and the entourage of Mary Magdalene to Southwest Europe as well and finally been buried in Santiago de Compostela.

However, the official version says that his mortal remains were translated from the Holy Land to Santiago de Compostela by King Alfonso II. in order to give Spain a high-ranking pilgrimage site – next to Jerusalem and Rome. According to another legend, mysterious light phenomena of the stars showed the hermit Pelagio the way to a field, where he discovered the remains of the apostle James. To this miracle the town owes its euphonious name, because Santiago de Compostela means St. James of the field of stars. 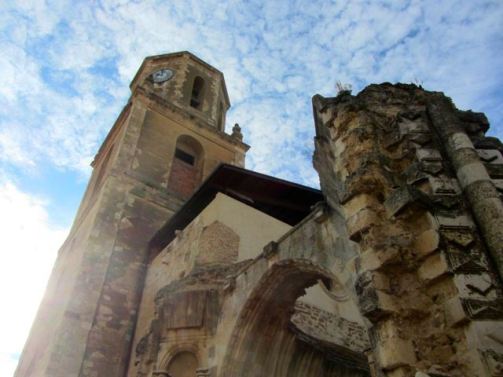 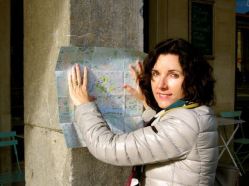 Paper doesn’t blush, but frequently reality is entirely different … This experience Gerd and I have to make again and again when we are planning a spiritual journey. We peruse guide books for weeks, plan great routes and then, when we are on site, the first challenges arise: sites and places that were described as being well worth visiting in the books turn out be not very attractive, hotels and restaurants fall short of our expectations, or we unexpectedly stumble on a great object of interest in the middle of our planned route which we do not want to ignore and would like to fit in in our itinerary someway.

Thus, hardly a day goes by in the course of our preparation trip where we do not have to replan. Nevertheless, we look forward to new impressions and experiences every morning and collapse into the hotel bed bone-weary but content in the evening. 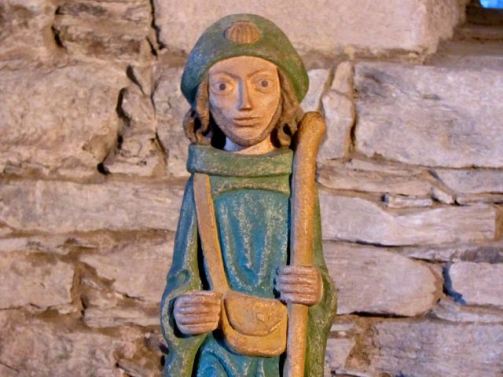 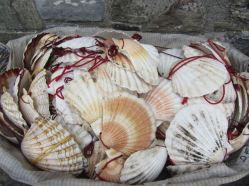 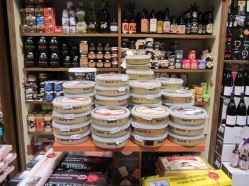 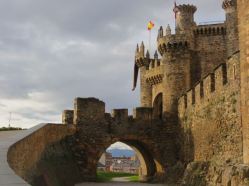 Many of you surely know Paulo Coelho’s bestseller “The Pilgrimage”, in which he describes his impressive spiritual experiences on the Way of Saint James through Northern Spain. Certainly this worldwide bestseller helped the region awaking from its deep slumber. But still it seems as if this clime had not suffered from the flow of pilgrims and tourists, because it still appears to be very pristine and authentic.

Ever since I mentally accompanied Coelho on his peregrinations – in the meantime I have read some books of other authors who followed this pilgrims’ way – my interest in this area has awakened. Therefore, what could be more reasonable than planning and organising the spiritual journey after next in 2016 for like-minded people in the “land of Saint James”? No sooner said than done! As of today Gerd and I are touring the region around Santiago de Compostela and are exploring sites and places that seem to be “worthy” of a spiritual journey.